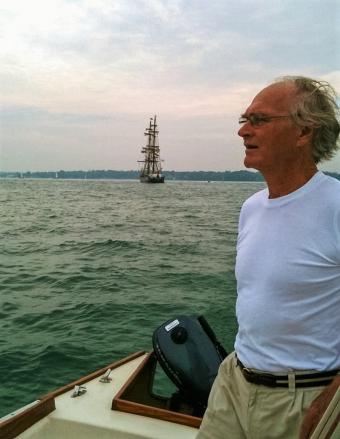 Below are a few things that you may not know about Mike...

See one of Mike's single family residence designs from 1966 ...

The feature image was taken on Mike's sailboat, near the mouth of the Niagara River.

The image of Mike and Norm, to the right, was taken during their celebration of Canada's Centennial - 1967

The "M&Z" logo was designed by graphic designer, Allan Fleming, in 1960 - the designer of the Canadian National Railway logo that we all know so well.